What you didn't know about divorce may surprise you. 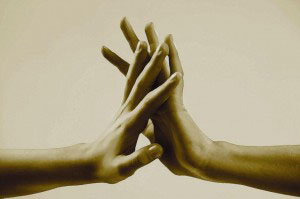 What is the Divorce Rate?
There is a common myth today that 50% of married couples end up divorced. But this isn't true. The divorce rate was highest in the late 70's and early 80's and has been in decline ever since. If current marriage and divorce trends continue as projected, only about a third of American marriages will end in divorce. And, if you take couples who are actually married right now, only 2% of them will be divorced in any given year. The odds of divorce also decrease the longer a couple is married. If they are both college graduates, they are even less likely to divorce than the generation that preceded them. There is a good article on Who Gets Divorced in America, in 7 Charts by Ana Swanson

Who Initiates a Divorce?

Usually divorce is made by one person or the other, not by consensus. Women initiate divorce two thirds of the time. It is women who bring up issues about the quality of the relationship more frequently. In addition, is has been shown that being married to a woman is more predictive of a higher quality of life than being married to a man. Take a look at this Harvard study of how being married impacts men's health for the better.

See more on this from Liana C. Sayer, Paula England, Paul D. Allison and Nicole A. Kangas (2011). She Left, He Left: How Employment and Satisfaction Affect Women's and Men's Decisions to Leave Marriages.  American Journal of Sociology, 116, 1982-2018.

Are Children Worse Off After Divorce?

Another myth is that kids do better if their unhappily married parents divorce.  By following large study groups before and after marriage, this previously held conventional wisdom has been challenged. According to more recent studies, children are only better off after divorce if the parents' marriage was highly conflictual.  But more than half of the time, divorce occurs in marriages with only moderate levels of conflict.  In post divorce scenarios like these, on average, children actually fare much more poorly.

Does Living Together Decrease the Likelihood of Divorce?


We used to think so.  But literally dozens of studies refute this notion.   If you're living with someone, it's harder to break up than if you had more autonomy.  For this reason, you may decide to stay in an unhappy relationship longer than you otherwise might. If you cohabitate, have plans to marry and don't have any children, you won't have more marital problems than those who live singly.  But you won't be less likely to divorce.

Tach, L. and Halpern-Meekin, S. (2009), How Does Premarital Cohabitation Affect Trajectories of Marital Quality? Journal of Marriage and Family, 71, 298-317.